"Horus or Her, Heru, Hor in Ancient Egyptian, is one of the most significant ancient Egyptian deities who served many functions, most notably god of kingship and the sky. He was worshipped from at least the late prehistoric Egypt until the Ptolemaic Kingdom and Roman Egypt. Different forms of Horus are recorded in history and these are treated as distinct gods by Egyptologists. These various forms may possibly be different manifestations of the same multi-layered deity in which certain attributes or syncretic relationships are emphasized, not necessarily in opposition but complementary to one another, consistent with how the Ancient Egyptians viewed the multiple facets of reality. He was most often depicted as a falcon, most likely a lanner falcon or peregrine falcon, or as a man with a falcon head." - (en.wikipedia.org 16.11.2019) 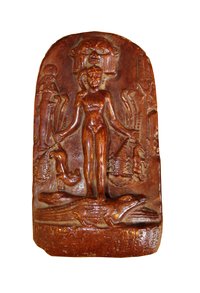 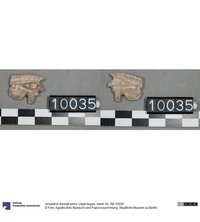 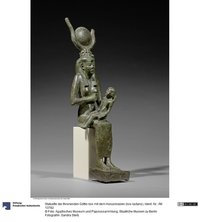 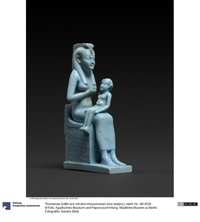