"A mammoth is any species of the extinct genus Mammuthus, one of the many genera that make up the order of trunked mammals called proboscideans. The various species of mammoth were commonly equipped with long, curved tusks and, in northern species, a covering of long hair. They lived from the Pliocene epoch (from around 5 million years ago) into the Holocene at about 4,000 years ago, and various species existed in Africa, Europe, Asia, and North America. They were members of the family Elephantidae, which also contains the two genera of modern elephants and their ancestors.

The oldest representative of Mammuthus, the South African mammoth (M. subplanifrons), appeared around 5 million years ago during the early Pliocene in what is now southern and eastern Africa. Descendant species of these mammoths moved north and continued to propagate into numerous subsequent species, eventually covering most of Eurasia before extending into the Americas at least 600,000 years ago. The last species to emerge, the woolly mammoth (M. primigenius), developed about 400,000 years ago in East Asia, with some surviving on Russia´s Wrangel Island in the Arctic Ocean until as recently as roughly 3,700 to 4,000 years ago, still extant during the construction of the Great Pyramid of ancient Egypt." - (en.wikipedia.org 28.02.2020) 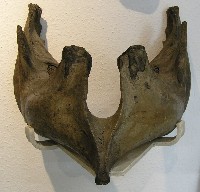 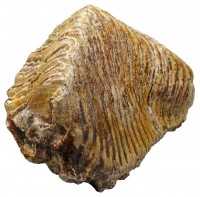 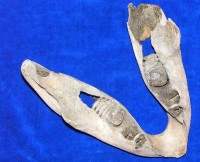