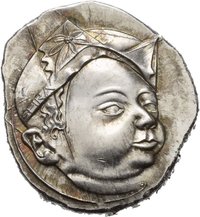 "In Greek mythology, Europa (/jʊəˈroʊpə, jə-/; Ancient Greek: Εὐρώπη, Eurṓpē, Attic Greek pronunciation: [eu̯.rɔ̌ː.pɛː]) was the mother of King Minos of Crete, a Phoenician princess of Argive origin, after whom the continent Europe is named. The story of her abduction by Zeus in the form of a bull was a Cretan story; as classicist Károly Kerényi points out, "most of the love-stories concerning Zeus originated from more ancient tales describing his marriages with goddesses. This can especially be said of the story of Europa."

Europa´s earliest literary reference is in the Iliad, which is commonly dated to the 8th century BC. Another early reference to her is in a fragment of the Hesiodic Catalogue of Women, discovered at Oxyrhynchus. The earliest vase-painting securely identifiable as Europa dates from mid-7th century BC." - (en.wikipedia.org 10.01.2020) 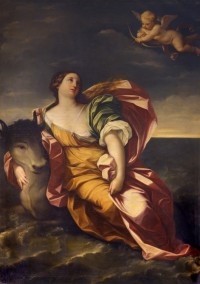 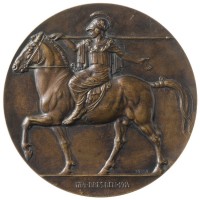 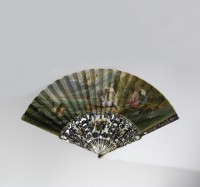 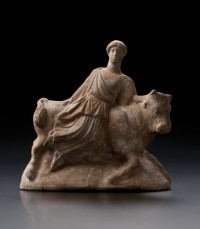 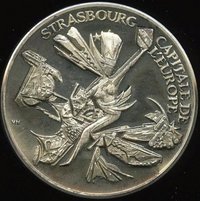 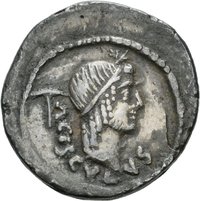