"Annibale Carracci (Italian pronunciation: [anˈniːbale karˈrattʃi]; November 3, 1560 – July 15, 1609) was an Italian painter and instructor, active in Bologna and later in Rome. Along with his brothers, Annibale was one of the progenitors, if not founders of a leading strand of the Baroque style, borrowing from styles from both north and south of their native city, and aspiring for a return to classical monumentality, but adding a more vital dynamism. Painters working under Annibale at the gallery of the Palazzo Farnese would be highly influential in Roman painting for decades." - (en.wikipedia.org 21.11.2019) 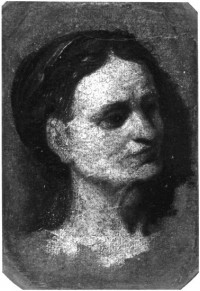 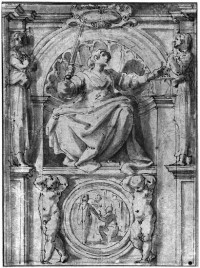 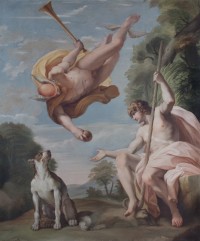 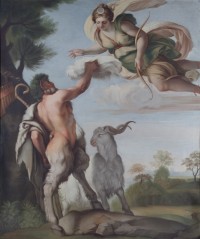 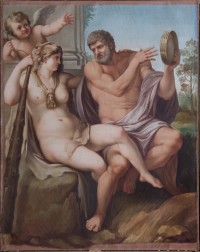