"A train station, railway station, railroad station, or depot is a railway facility or area where trains regularly stop to load or unload passengers or freight or both. It generally consists of at least one track-side platform and a station building (depot) providing such ancillary services as ticket sales and waiting rooms. If a station is on a single-track line, it often has a passing loop to facilitate traffic movements. The smallest stations are most often referred to as "stops" or, in some parts of the world, as "halts" (flag stops).

Stations may be at ground level, underground, or elevated. Connections may be available to intersecting rail lines or other transport modes such as buses, trams or other rapid transit systems." - (en.wikipedia.org 01.12.2019) 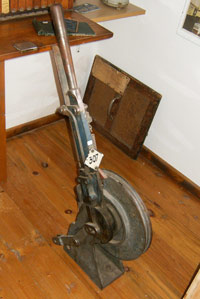