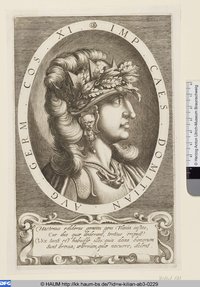 "Domitian (/dəˈmɪʃən, -iən/; Titus Flavius Caesar Domitianus Augustus; 24 October 51 – 18 September 96 AD) was Roman emperor from 81 to 96. He was the younger brother of Titus and the son of Vespasian, his two predecessors on the throne, and the last member of the Flavian dynasty. During his reign, the authoritarian nature of his rule put him at sharp odds with the Senate, whose powers he drastically curtailed.

Domitian had a minor and largely ceremonial role during the reigns of his father and brother. After the death of his brother, Domitian was declared emperor by the Praetorian Guard. His 15-year reign was the longest since that of Tiberius. As emperor, Domitian strengthened the economy by revaluing the Roman coinage, expanded the border defenses of the empire, and initiated a massive building program to restore the damaged city of Rome. Significant wars were fought in Britain, where his general Agricola attempted to conquer Caledonia (Scotland), and in Dacia, where Domitian was unable to procure a decisive victory against king Decebalus. Domitian´s government exhibited strong authoritarian characteristics. Religious, military, and cultural propaganda fostered a cult of personality, and by nominating himself perpetual censor, he sought to control public and private morals. As a consequence, Domitian was popular with the people and army, but considered a tyrant by members of the Roman Senate." - (en.wikipedia.org 25.05.2020) 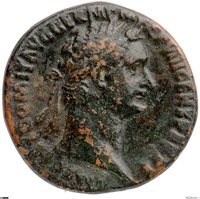 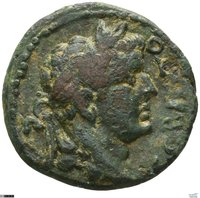 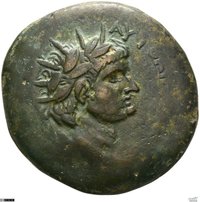 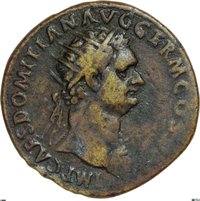 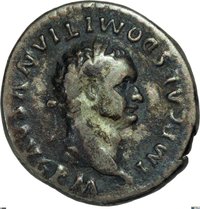 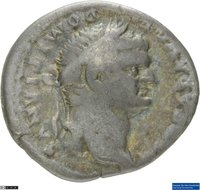