"Commodus (/ˈkɒmədəs/; 31 August 161 – 31 December 192), born Lucius Aurelius Commodus and died Lucius Aelius Aurelius Commodus, was Roman emperor with his father Marcus Aurelius from 177 until his father´s death in 180, and solely until 192. His reign is commonly considered to mark the end of the golden period in the history of the Roman Empire known as the Pax Romana.

During his father´s reign, he accompanied Marcus Aurelius during the Marcomannic Wars in 172 and on a tour of the Eastern provinces in 176. He was made the youngest consul in Roman history in 177 and later that year elevated to co-emperor with his father. His accession was the first time a son had succeeded his biological father since Titus succeeded Vespasian in 79. He was also the first emperor to have both a father and grandfather (who had adopted his father) as the two preceding emperors. Commodus was the first (and until 337, the only) emperor "born in the purple", meaning during his father´s reign." - (en.wikipedia.org 30.10.2019) 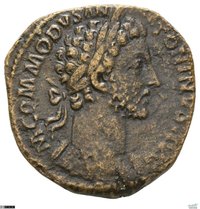 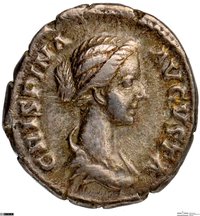 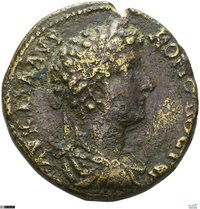 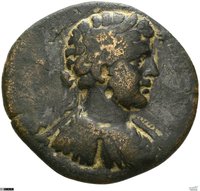 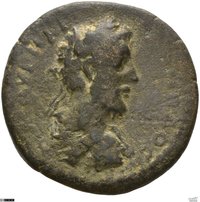 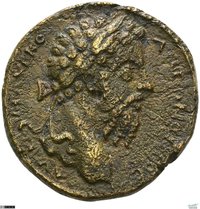