"Rembrandt never went abroad, but he was considerably influenced by the work of the Italian masters and Netherlandish artists who had studied in Italy, like Pieter Lastman, the Utrecht Caravaggists, and Flemish Baroque Peter Paul Rubens. Having achieved youthful success as a portrait painter, Rembrandt´s later years were marked by personal tragedy and financial hardships. Yet his etchings and paintings were popular throughout his lifetime, his reputation as an artist remained high, and for twenty years he taught many important Dutch painters.

Rembrandt´s portraits of his contemporaries, self-portraits and illustrations of scenes from the Bible are regarded as his greatest creative triumphs. His self-portraits form a unique and intimate biography, in which the artist surveyed himself without vanity and with the utmost sincerity. Rembrandt´s foremost contribution in the history of printmaking was his transformation of the etching process from a relatively new reproductive technique into a true art form, along with Jacques Callot. His reputation as the greatest etcher in the history of the medium was established in his lifetime and never questioned since. Few of his paintings left the Dutch Republic while he lived, but his prints were circulated throughout Europe, and his wider reputation was initially based on them alone." - (en.wikipedia.org 22.10.2019) 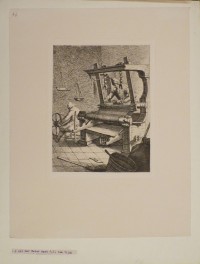 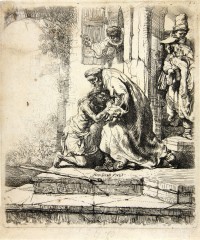 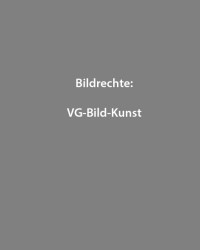 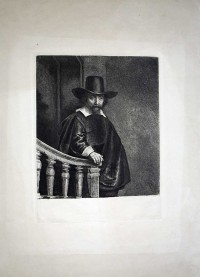 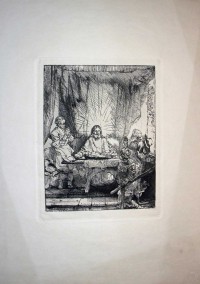 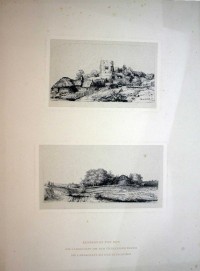