"Heinz Kelm was born in Magdeburg in 1925. There he spent his childhood and youth. After finishing school in 1943 he had to join the German Army in World War II.
In 1946 Kelm took up his studies in Bonn. While his major subjects were Anthropology, Geography and History, he also attended courses on Romance Philology and Philosophy. Hermann Trimborn was among his teachers.
In 1951 Kelm finished his PH D thesis (about Adalbert von Chamisso) in Anthropology; a year later he completed his fist State Exam in Philology. Eventually he took a an assistant position at the Institute for Geography at the university in Bonn.
Throughout the following years Kelm did several field researches among the Mbia people in Bolivia (1955, 1956/57, 1962). In 1963 he took up an assistant position at the Ethnological Museum (formerly: Staatliches Museum für Völkerkunde) in Berlin, where he worked at the Department for Oceania.
Along with his wife, Antje Kelm, he did further field researches among the Lumi (Upper-Sepik) and Mbia in 1970, where he collected 460 artifacts for the Museum. Moreover, Kelm traveled to Oceania in order to conduct field work there.
After briefly working at the Linden-Museum (State Museum for Ethnology) in Stuttgart, Kelm became head chairman of the Museum for the Cultures of the World (Museum der Weltkulturen) in Frankfurt/Main in 1972. A year later, the museum reopened after a long period of renewal.
Heinz Kelm died in 1983." - http://www.germananthropology.com/short-portrait/heinz-kelm/326, 15.08.2019 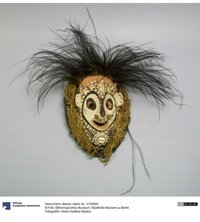 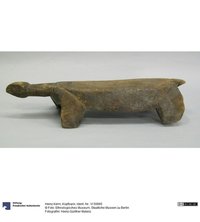 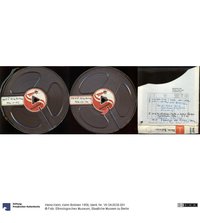 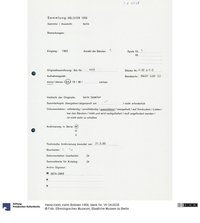