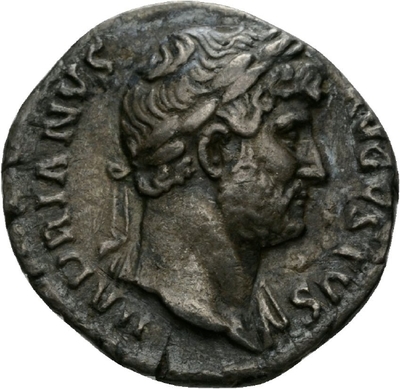 "In ancient Roman religion, Roma was a female deity who personified the city of Rome and more broadly, the Roman state. Her image appears on the base of the column of Antoninus Pius.

In Roman art and coinage, she was usually depicted with a military helmet, and often other military equipment, although in the Greek-speaking east she more often wore a mural crown, signifying Rome´s status as a loyal protector of Hellenic city-states. She survived into the Christian period, joining the Tyches of other cities, now as a pure personification. In groups of these she can usually be distinguished by the helmet, as the others wear mural crowns representing their city walls. She often appears on coins, and her depiction seated with a shield and spear later influenced Britannia." - (en.wikipedia.org 30.10.2019) 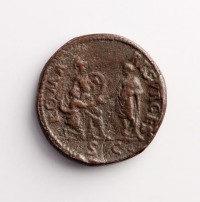 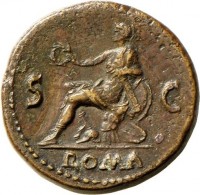 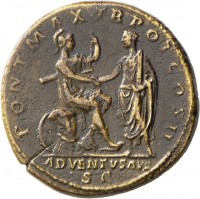 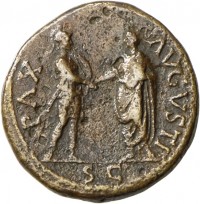 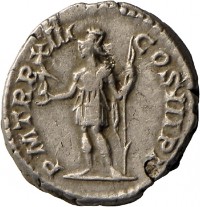