"Saint George (Greek: Γεώργιος, Geṓrgios; Latin: Georgius; d. 23 April 303) was a soldier of Cappadocian Greek origins, member of the Praetorian Guard for Roman emperor Diocletian, who was sentenced to death for refusing to recant his Christian faith. He became one of the most venerated saints and megalo-martyrs in Christianity, and he has been especially venerated as a military saint since the Crusades.

In hagiography, as one of the Fourteen Holy Helpers and one of the most prominent military saints, he is immortalised in the legend of Saint George and the Dragon. His memorial, Saint George´s Day, is traditionally celebrated on 23 April. (See under "Feast days" below for the use of the Julian calendar by the Eastern Orthodox Church.)" - (en.wikipedia.org 01.11.2019) 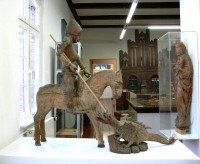 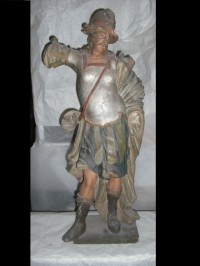 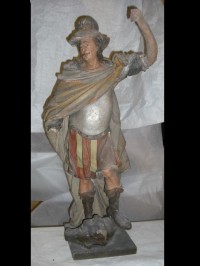 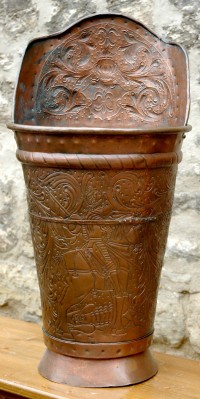 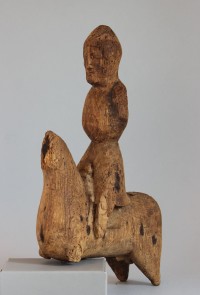