The Museum August Kestner is named after August Kestner (1777-1853). The oldest municipal museum in the state capital Hanover is enclosed by a listed glass-concrete facade from 1961. Inside there are still parts of the stairwell and the side wings and - as a structural highlight - almost the entire entrance facade of the original first museum building from 1889.
The museum is located in the city center next to the New Town Hall and is the only museum in Hanover and a wide area that shows 6000 years of applied art in four collections: Ancient and Egyptian cultures, applied art with a design collection and one of the largest collections of coins and medals in northern Germany .
Since November 2014, the museum has been part of the "Museums for Cultural History Hanover” association with the Historical Museum Hanover and the Museum Schloss Herrenhausen.

August Kestner (1777-1853) lived and worked for 36 years as the Hanoverian envoy in Rome. There, as a private collector, he brought together a considerable number of Egyptian and Greco-Roman small art as well as other objects of art. After his death, his nephew, Hermann Kestner, received the collection with the task to donate it to his hometown of Hanover and making it publicly accessible.
The stocks of medieval handicrafts and antique objects of another Hanoverian collector, that of Senator Friedrich Culemann, have been added. Both collections form the founding holdings of the Museum August Kestner, which opened in 1889. 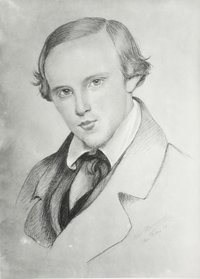